Basic exercises
The function of the basic exercises is, generally speaking, stimulating the energy flow in the Yin/Yang pair of meridians. Therefore we have two opening exercises, related to the Conception and Governing Vessels; then there is the series of six exercises addressed to the six pairs of bilateral courses: one exercise for the Lung/Large Intestine pair, one for Stomach/Spleen, and so on with Heart/Small Intestine, Bladder/Kidney, Heart Constrictor/Triple Heather and Gall Bladder/Liver.

Type exercises
The Type exercises are distinguished by the slow execution and the position kept in a relaxed way ; they involve a slow contraction of some muscle chains, those along which a meridian runs. The consequence on the pathway is gathering energy/awareness, toning up, therefore in the Zen-Stretching session they are used each time we need to work on meridians aknowledged as wanting energy (kyo) during the execution of the basic serie. When you perform the whole serie all together, without making any choice, you generally have a toning up effect, even if it is less evident than what results from an aimed choice, just as in the Zen-Stretching session. Another characteristic emerges usually while performing these exercises : the sensation, more defined than in other exercises, of the meridian’s location all over the body either during the performance or right after, during the following relax. So they are very useful for whoever wants to identify on her/himself there pathways, whose perception is never so easy, even not for specific bodywork practictioners, like shiatsu. It is useful to remind that, in this case, the identified pathways are the ones related to the codification established by Shizuto Masunaga, that is not totally corresponding with the location generally indicated in the acupuncture theory of the Chinese Traditional Medicine. 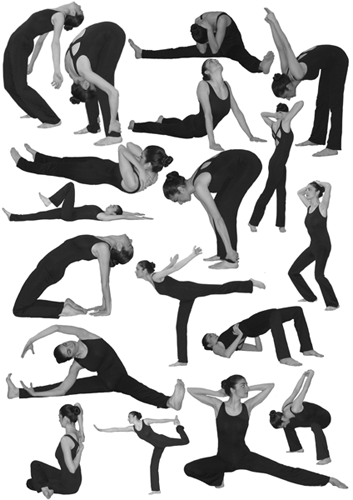 Reclining exercises
The reclining exercises serie is devoted to anyone who wants to work on rebalancing her/his own weight ; of course the most effective modality to perform it contemplates the choice of the most appropriate exercises according to ones own condition. When you do them as a serie, they can be considered, for instance, a good morning progressive awakening of your energy, starting from the Lung exercise till the one for Gall Bladder and Liver, that completes the sequence with a movement that requires all the strenght that you have gathered/awakened along the way. For this reason, for the quality of the sequence of the exercises, in case you perform them in the evening, you might want to do them following the opposite order, so starting from the last one (GB & Lv), going to the first one (Lu), in order to obtain the effect of a progressive relax preparing for a good sleep.

Complementary exercises
With these exercises, having a common quality of a more dynamic execution, with stretches and sudden returns, like in the movement of a spring or a lash, it is possible to obtain a dispersion in the blocked energy in some point or meridian. Therefore they are suitable to bring a regulation of the energetic level of the body parts involved through dispersion. When you perform them as a series they have a general relaxing effect and allow to relieve any tension hidden or transformed in stiffness or blockage. During a Zen-Stretching session, among these exercises we choose the one related to the meridians that we found in an excess condition (jitsu) while doing the basic serie. More simply, you can verify the utility and effectiveness of these exercises by trying one of these for a while after finding the most difficult basic exercise for the same meridians. Then, when you go back to try the basic difficult exercise, you might fin dit easier, which means that your energy in that aspect or body part has changed already.

Exercises at work
These exercises, like the basic ones, generally energize the meridian pairs related , but they are so devised that they can be done in whatever place, without any need of special space or tools, thus you can practice them even in a break at work, according to the place conditions ; however they are a little more challenging than the basic ones and require a previous preparation before they can be really enjoyed and utilized.

Final exercises
This is not a real series : these exercises are qualified by a more free availment, anyway they are not associated to any meridian. Therefore they are used as a relax or concentration, or preparation, control, self listening moment, within your Zen-Stretching session, and are conveniently distributed according to your need at any moment.

Video of the month in Vitality Tao 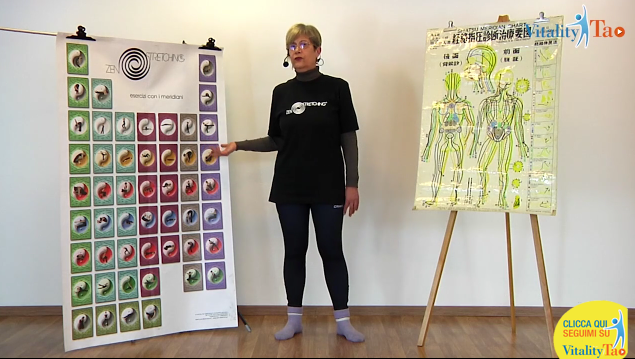